Under the direction of D. Scott Wilbur, Ph.D., professor and researcher,  UW’s Department of Radiation Oncology’s Molecular Radiotherapy Research Lab is advancing the field of molecular radiotherapy for the treatment of cancer. Researchers in the lab, working with teams of investigators at UW and Fred Hutch, are developing new ways of treating cancer. The research focuses on treating cancers of the blood and metastatic cancers using highly potent injectable radiation therapy to reach parts of the body that would be difficult or impossible to treat with other types of radiation. These molecular radiotherapy agents are designed to selectively target radiation to blood and cancer cells so that one day they can diminish or eliminate the need for more toxic treatments, such as total body irradiation. Dr. Wilbur and his research group’s focus is on pre-clinical radiochemical and radiopharmaceutical studies, but personnel in the radiochemistry lab collaborate closely with research partners to translate the work into clinical studies.

One of the Molecular Radiotherapy Research Lab’s primary programs involves the production of radioisotopes, most notably the alpha particle-emitting isotope astatine-211 (At-211). Researchers are particularly interested in alpha-emitting radioisotopes, as they hold great promise in molecular radiotherapy of blood-borne and metastatic cancers. The potential for highly effective therapy using alpha-emitting radioisotopes comes from the fact that their alpha emissions have effective cell-killing properties due to very high-energy deposition over short path lengths (50-100 microns).

Through a team effort, capitalizing on the capabilities of the UW Medical Cyclotron Facility and the expertise of personnel running that facility, Dr. Wilbur and his research group have developed and optimized a method for producing At-211 in quantities required for clinical use. They are also working on producing other isotopes, called theranostic radioisotopes, that can both treat cancers and be used to image them, such that the effectiveness of the treatment can be readily assessed. Collaborations for producing radioisotopes are being conducted with reserachers at other universities (University of Missouri) and national laboratories (Los Alamos National Laboratory). Examples of theranostic radioisotopes that have been prepared are rhenium-186 and tin-117m. Efforts to produce radioisotopes are being conducted through a partnership with the U.S. Department of Energy, which is providing funding for facilities-upgrades and methods-development, and will distribute some of the isotopes to meet the needs of researchers throughout the United States.

Automation of the production of At-211

Automation has become an integral part of the production of isotopes used in clinical practice, as it provides a method to obtain consistent quantities and quality while minimizing radiation dose to operators. Dr. Wilbur’s research group has developed a method for isolation of At-211 that can be adapted to an automated process. Using their proven isolation method, researchers in the Molecular Radiotherapy Research Lab are working in collaboration with investigators — Matt  O’Hara and his team at the Pacific Northwest National Laboratory — to automate the process. This team has made improvements in the technology to automate the isolation process and, in time, plans to make it available to advance At-211 research efforts around the world.

Dr. Wilbur’s lab conducts chemical and radiochemical studies to develop reagents that can carry radioisotopes into the body to kill specific targeted cells. This research effort involves developing methods for:

The Molecular Radiotherapy Research Lab currently has multiple ongoing pre-clinical studies with investigators at UW and Fred Hutch. The most active reagent-development research are in the areas of hematopoietic cell transplantation and for therapy of lymphoma, leukemia, multiple myeloma and prostate cancers. Additional studies are being conducted in hepatocellular carcinoma.

Astatine-211 is not currently available from commercial sources, so it must be prepared on-site for pre-clinical and clinical investigations. At-211 is prepared through irradiation of bismuth metal using a cyclotron with an alpha beam. The UW Medical Cyclotron Facility is one of only a few cyclotrons in the U.S. that have an alpha beam capability. Because of the short half-life of At-211 (~7 hours), it must be made immediately before its use. After production, it is isolated from the bismuth target material by a “wet chemistry” approach. Dr. Wilbur's lab has optimized the wet chemistry approach so that it efficiently and reproducibly removes that At-211 from bismuth targets.

Unfortunately this approach has multiple steps and is time-consuming, making it difficult to conduct by non-experts. Due to the potential uses of At-211, there is a high interest in making it available for investigations. Thus, an automated method for isolation of At-211 from bismuth targets is being developed to make it possible for non-experts to isolate At-211. This will be particularly important for transfer of technology when conducting multi-site clinical studies with At-211-labeled agents.

At-211 is not readily attached to molecular targeting agents. Indeed, most methods for attaching it to molecular agents results in it being unstable when injected into an animal. To circumvent this problem, Dr. Wilbur and his research group have developed a new method for attaching At-211 to targeting agents. This new method is easily conducted, provides high radiochemical labeling yields, and is stable in living animals. This method, which uses a boron cage molecule attached to antibodies, has been investigated in many pre-clinical studies and will be used in planned clinical studies. While the At-211-labeling reagent works very well for intact antibodies, it is not an optimal reagent for use with small cell-targeting molecules, as its ionic charge can affect their properties in a negative way. Therefore, the Wilbur research group is continuing to investigate methods for attaching At-211 to small molecules.

Through long-term collaborations with a number of investigators, including Dr. Rainer Storb, Dr. Brenda Sandmaier and Dr. Oliver Press at Fred Hutch, a large portion of the research in the Molecular Radiotherapy Research Lab is directed at the use of At-211-labeled antibodies in hematopoietic cell transplantation (HCT). HCT is used in the treatment of cancers such as lymphoma, leukemia and multiple myeloma, and it can also be used for treating non-cancerous diseases such as autoimmune diseases. In conventional HCT, treatment with total body radiation (TBI) is used to kill blood cells that cause an immune response. Dr. Wilbur's team is working with Fred Hutch investigators to determine if the use of highly potent radiation from At-211-labeled antibodies can replace TBI, resulting in a less toxic treatment. After successful preclinical investigations, the research collaboration is now preparing for clinical investigations using At-211-labeled antibodies in HCT.

In addition to cancer applications, early investigations of the use of At-211-labeled antibodies for HCT treatment of patients with HIV are being investigated through collaborations with investigators (Dr. Brenda Sandmaier, Dr. Ann Woolfrey, and others) at the Fred Hutch.

The five-year survival statistics for patients with primary prostate cancer (nearly 100 percent) show the effectiveness of current treatments, but this cannot be said for patients with “distant” or metastatic disease. Indeed, the five-year survival of metastatic prostate cancer is only 28 percent (2015 statistics). Because metastatic disease can be spread throughout the body, it is particularly difficult to treat with radiation.

However, if radiation can be selectively targeted to the metastatic cancer cells, an improvement in the therapy outcomes might be possible. Because of the short path-length and high cell-killing properties of alpha-emitting isotopes, Dr. Wilbur's research group has been investigating antibodies labeled with At-211 for this application. In a long-term collaboration with Dr. Robert Vessella, retired professor in UW's Department of Urology, encouraging results have been obtained. However, the time it takes to target some distant cancer sites has suggested that new targeting agents with faster targeting properties must be developed. A series of new agents is being studied.

The five-year survival from current treatment of all types of liver cancer is only 30 percent (2015 statistics) and for metastatic disease is only 3 percent, so there is a very large need to develop new agents for treating this disease. The Molecular Radiotherapy Research Lab, in collaboration with other UW investigators, including Dr. James Park, is beginning to investigate the use of antibodies with therapeutic radioisotopes for this application.

Where to find us

Get in touch today 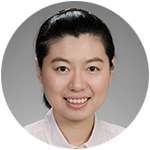 Yawen Li has been working in Dr. Wilbur’s lab since 2015. She received a Bachelor of Engineering from the School of Biological Science and Engineering in 2008 at the Beihang University and a Ph.D. in chemistry from the University of Missouri-Columbia in 2015. Her research is focused on the production of alpha-emitters and high specific activity theranostic Auger- and beta-emitters that can be used for targeted radionuclide therapy. Another focus of her research is the development and evaluation of bifunctional labeling reagents and chelators for 211At- and radiometals, including 226/227Th- based radiopharmaceuticals. 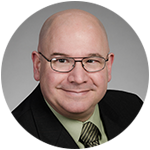 Donald Hamlin has been in the Molecular Radiotherapy Research Lab since 1991. He earned bachelor’s degrees in chemistry and molecular biology from the University of Washington in 1989. He worked as a lead technician in the trace metals laboratory at Weyerhaeuser Corporation (Federal Way, WA) from 1989 to 1991. He has expertise/experience in all aspects of the chemistry-related experiments conducted in the Dr. Wilbur's lab and in collaborative studies, including preparing antibody conjugates, radiolabeling with many different radioisotopes, and preparing radiolabeled molecules for in vivo studies. He is one of only a few people in the world who have expertise in labeling compounds with At-211. He's also responsible for radiation safety and chemical safety in the lab. 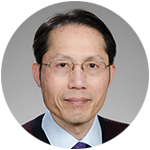 Ming-Kuan Chyan has been in Dr. Wilbur's research group since 1998. He received a B.S. in engineering from the National Taiwan University of Science and Technology in 1987 and a Ph.D. in organic chemistry from the University of North Texas (Denton, TX) in 1995. He was a postdoctoral researcher at the University of Wisconsin (1996-1998), where he conducted synthesis and radiolabeling of imaging agents for neurology and oncology. He has expertise/experience in many areas of research, including synthetic organic chemistry, radiochemical labeling methods, and radioisotope automation. He is responsible for all synthetic efforts and assists in all other aspects of the research efforts in the lab.